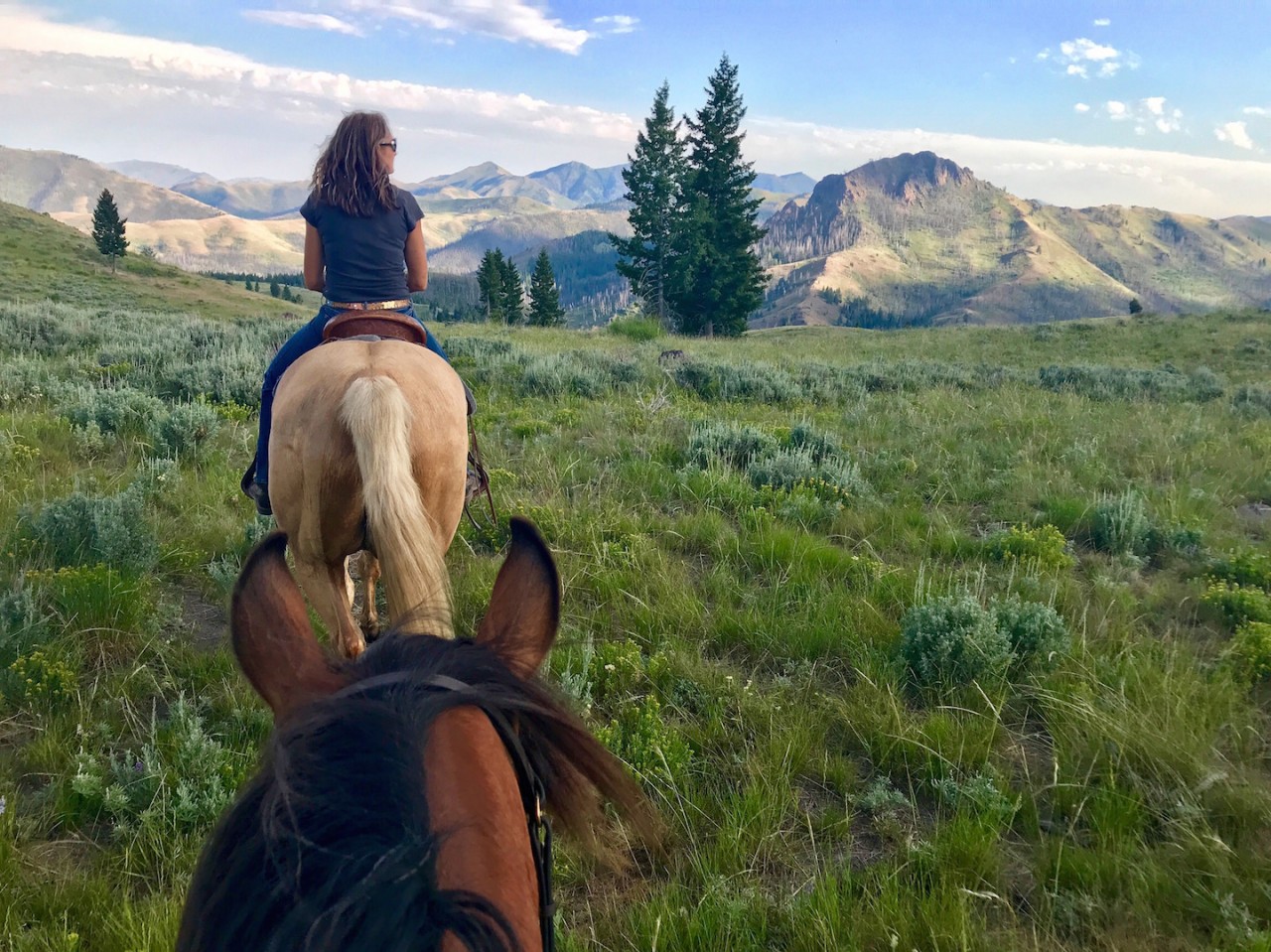 ​A true friendship withstands the test of time. I've known Martina for a long time. We've laughed together, we've cried together, we've held on tight to one another through our darkest hours. Her life is very busy, and to squeeze in a little time together is always a real treat. Even though she is working with three green horses this summer, she said yes when I offered her Roy for a little evening ride. I met her at the Greenhorn trail head at 5:30. She threw her saddle up on Roy and off we went. The trail climbs for about two miles before coming to an intersection. I've always turned left at this point, and gazed out at the right fork, wondering where that leads. I've just never had the time to go check it out.
"Want to go that way?" Martina asked.

"Sure! I've never been up there before."
"Oh, it's only about a half hour longer."

I thought her timing was a little suspect, because I've looked at the map before, and it sure seemed longer than an extra mile, but the days lasts long in the Northwest, and I love to find new trails, and it was so beautiful.

We talked of all sorts of things. We chuckled sweetly as we told our Sheila stories. We again remarked on her blood lines, on her philosophies, on her funny sense of humor. We talked about past horses and family and all kinds of things, but much of the time we were silent, listening to our horses and our own thoughts in our heads.

Every now and then we'd change places. Arizona would hesitate and Roy would pass us, or Arizona and I would take a little short cut, and find ourselves out in front again. As we rode, and the day cooled, and the shadows grew, I giggled to myself that our "half hour extra" was now about forty five minutes later and we were still headed away from the main trail. That was perfectly fine with me. The evening could not be more perfect.

Eventually, we made a left turn and headed back toward the trail head. We routed along a trail with some good water crossings at the very end. Arizona paused, just a split second, to look at the water, and then with a little encouragement with my legs, walked right on it and took a big long drink. He's got the water thing down pretty well. Such a smart one.

There is one little bridge at the end of the trail that is nothing at all to a seasoned horse, but to a youngster, it can look pretty strange. Arizona stopped there at the bridge, backed up one step. I let him look it over for a minute, and asked him again to go on over it. Just as he got up the nerve to step on the bridge, a chipmunk scampered from underneath it, squeaked at us and ran into the bushes. "WHOA!" Arizona seemed to say. I asked him again and he lightly stepped on across. That put a smile on my face.

As I walked into my house, after throwing two big flakes of alfalfa into the feeder, my phone rang as I switched on the kitchen lights.

"Where have you been?" David asked

"I was out riding, with Martina." 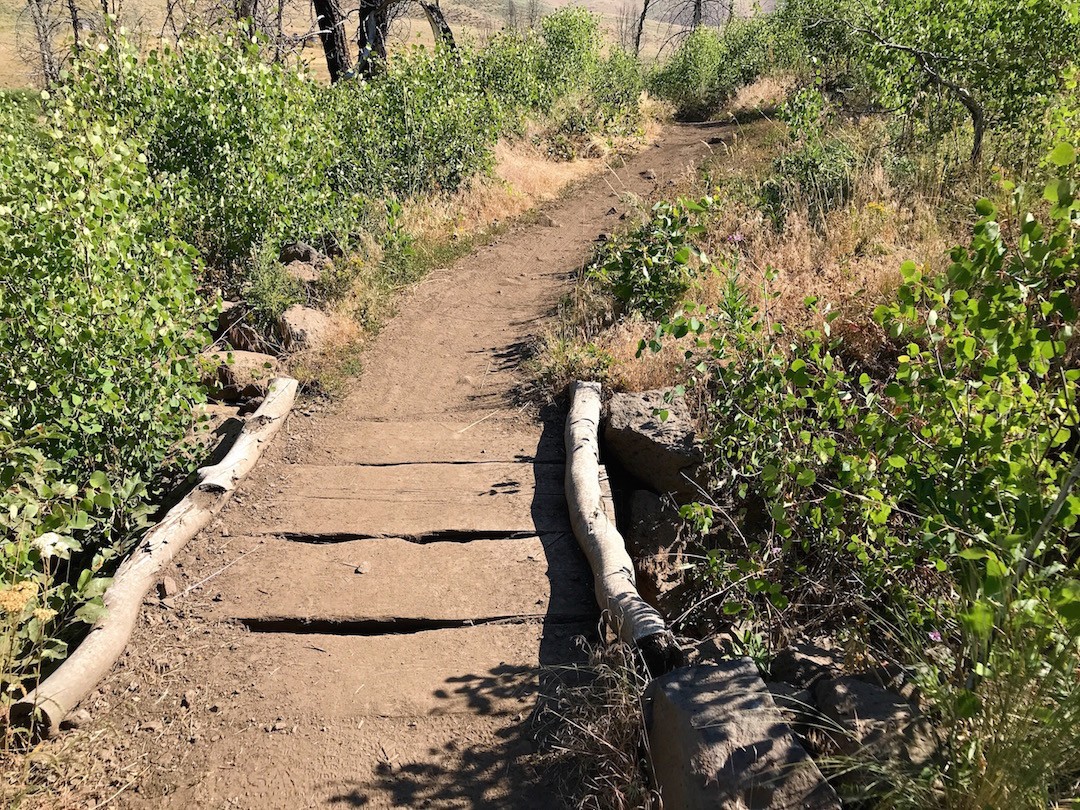