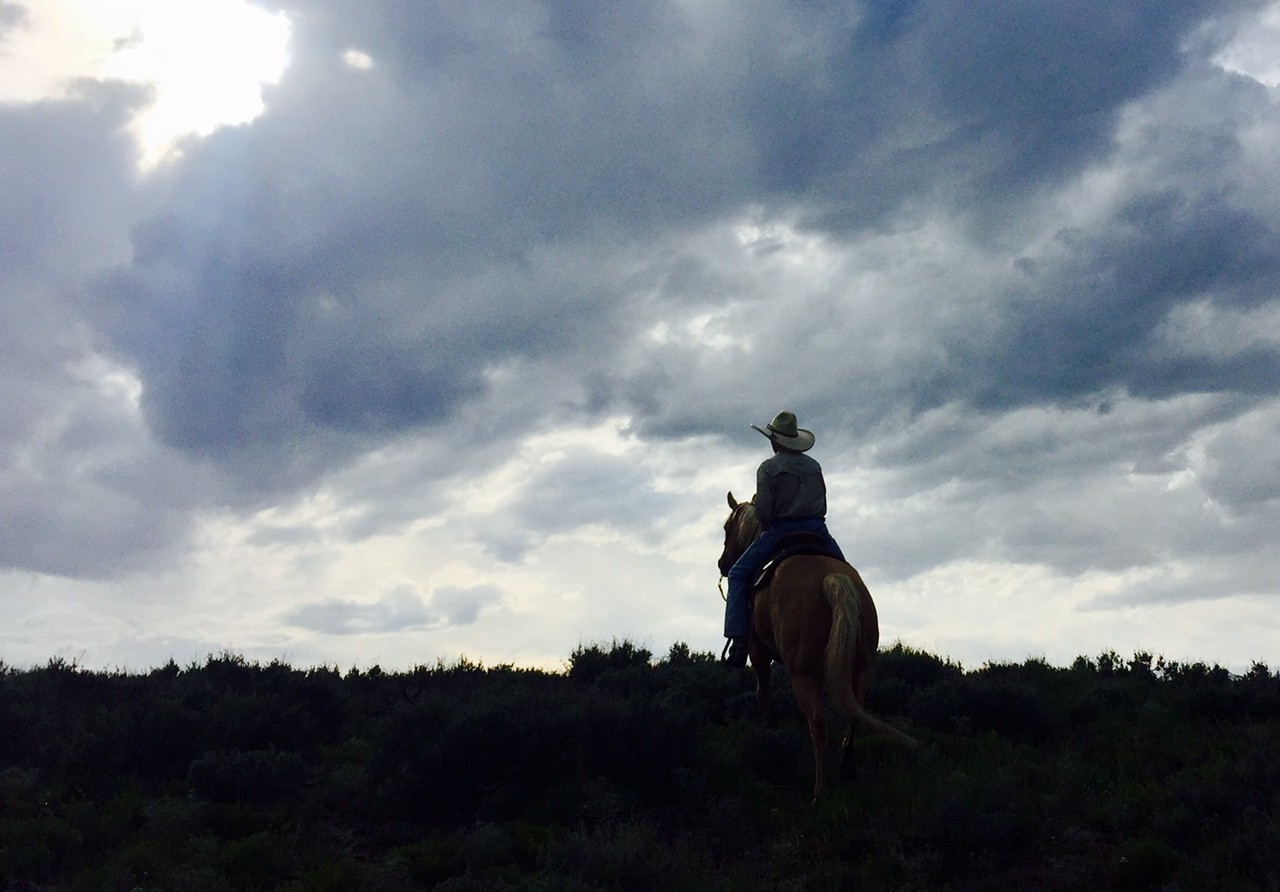 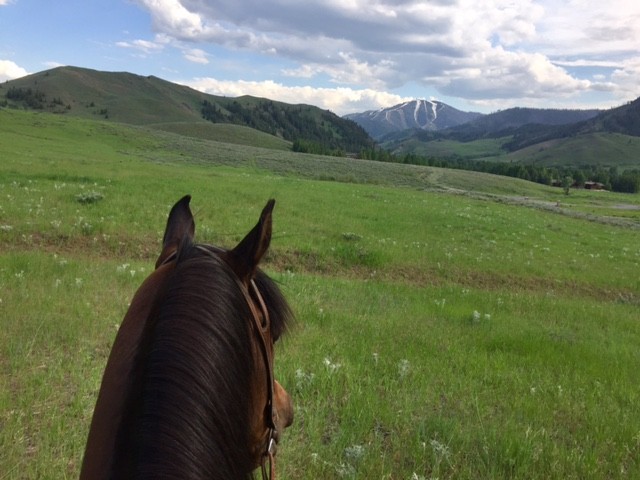 It was sort of late in the afternoon, and the horses were still up at Carol's, where they stayed while we were away on business. We got there at about 5:30 at the end of a warm day. Prestigious was very aware of the hot wire as we opened the gate and led them out. We saddled up and I led him around to the other pastures, where Badger, Carol's horse, roamed free. At the second gate I got on and we rode around the irrigation sprinklers that were sending out giant arcs of spray across the enormous pasture. He was tight, I hadn't ridden him for one week and this was a new place. After about 1/4 of a mile he began to relax a little. We got to the little Dip Creek, hidden in the tall grass. I had placed ourselves behind Roy, who crossed the creek first, carefully, and asked Prestigious to go. He was insecure about it, stopping and shaking his head. Roy came back, circled around us and went back across. This time, Prestigious wanted to go but was still unsure about it. The third time Roy came around, he made just a little hop and was across.

We rode out to the south through the open meadow. It was not as warm as we'd thought, but we were still fine in our t-shirts. Big puffy clouds kept the sun off our backs. The wildflowers are starting to bloom all around. We'd ride along side Roy for a while and then ride out a distance away, then back.

We went up and down some pretty good hills, no trails, just sagebrush and rocks. Prestigious was pretty good at picking his way or following my cues to get around nasty bushes or bad places. He still worries about steep downhill but he's getting better about it.

We crossed another little creek, this one muddy on both sides. He followed Roy on our second try. Then we circled back around to go home. He was not eager about going back like he has been in the past, no hurrying today, he was just doing his best to be good. We rode back down toward some giant homes and empty lots being developed, and rode across the roadway and across a street bridge that runs over a culvert. The lines in the concrete didn't bother him, nor the fire hydrant, but the bridge sounded funny to him and he got up on his toes but was still responsive and did fine.

Coming back to Dip Creek, we were out in front. (He does have a nice walk.) I focused on the trail ahead, not on the creek, and sort of willed him to cross, but he stopped and shook his head. Roy came right up behind us, passed us, and crossed. Prestigious LEAPT across the creek, not wanting to be shown up, I guess. Funny, it's a tiny creek and he must have cleared about 6 or 7 feet with his leap. On the other side he kept shaking his head and shaking his head, like he had a swarm of flies in his ears. This seems to be what he does when he gets really concerned about something. After a short distance we stopped to let him compose himself, which he did. I petted his neck and shhh'd to him softly. Then we went on home and he was perfect.

He's very willing. He's a little bit prissy about some things, but he's certainly doing his best. He's not resistant at all and gets braver as time goes on. For not being ridden in a week and for this being a totally new environment (off the trail and sort of rough, with that pesky creek) he did great.

We left them up there in that green grass for a few more days, since we have some grading to be done today and tomorrow around their paddock. Boy I miss them not being at home with me but I'm sure they are not missing me one bit, ankle deep in all that grass. 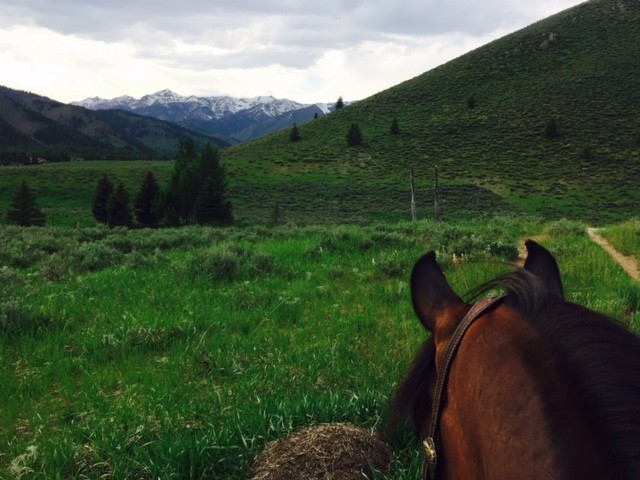 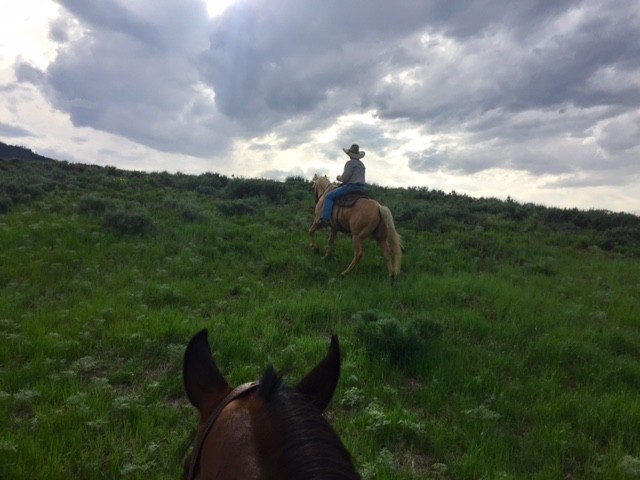