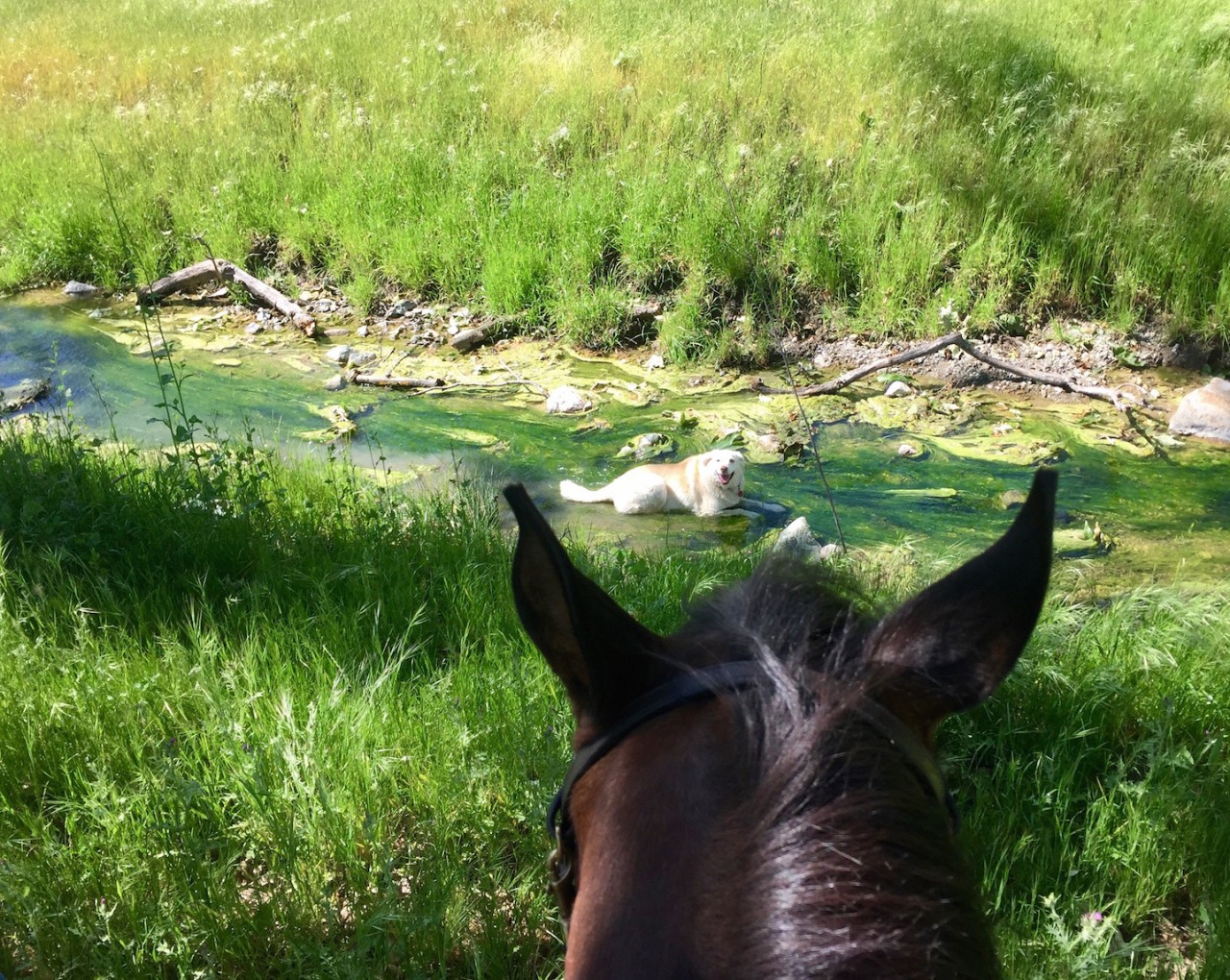 ​I swear, I feel I must be dreaming. Up in Idaho there is still bits of snow hanging on here and there in my garden, but here we are in California and it is most definitely springtime. We drove in to Windmill Flats, circled the truck and unloaded the horses. Normally I back the horses out of the trailer, but today there were a plethora of good sized gopher holes hidden in the tall green grass, so I turned Prestigious around, let him check out the world, and walked him out facing forward. We saddled and started up the dirt road up the canyon. No lunging needed today because Prestigious was so relaxed. His tail was down, his eye was quiet. I moved him around a little bit before getting on to make sure the saddle was not pinching him. Right off the bat we came across about thirty five cows and calves, lounging in the shade under a couple enormous oaks. Prestigious got a little bit taller but we walked on through them. One of the cows from up the hill spotted Lily, my dog, and started to trot down the hill toward us. She probably had lost track of exactly where her baby was and right in the herd was a predator. You know what Lily does when she feels threatened? She runs to me. David took a few steps toward the cow and she decided that Lily didn't look that scary after all. Thank you David.

Just beyond the cattle we came to our first little water crossing. Prestigious jumped it, but it was just a little jump, and we went on. I want him to learn that water is no big deal, so I don't go back and do it over and over, because then it can become a big deal. The creek was fuller than I'd ever seen it. There was even water falls and pools. We rode all the way up the canyon, crossing the creek a few times and squishing through some muddy spots. The day was pretty warm and Lily was happy to jump in the water, smiling up at us.

At the end of the canyon we found a few more cows with one happy bull. We got up close to them and just stopped. We stood there for quite some time. I believe that horses think slow but react fast, so it's a nice thing to just hang with the cattle and let it soak into the brain that cattle are docile creatures. We walked toward them just enough to make a few walk away from us, then we turned and walked on.

We found some skinny trails that didn't go much distance. We found lots of good mud. Prestigious learned that I would only ask him to go somewhere that I felt was safe and he never did get into trouble.

I love that every creek crossing is different. Some are muddy, some are a steep exit or entry, some are wide. There were none today that were really rushing, but that will happen later in Idaho. Prestigious leapt now and then, but not big leaps and on the bigger crossings, he braved up and walked on through, carefully, slowly, willingly.

Riding back to the trailer, Prestigious now and then would shake his head, like there were so many thoughts processing in there he had to shake them out a little bit. It wasn't a huge ride, and there was a lot of nothing that went on, but he did have to think about a few things. When we put them into the trailer, he began to paw. David and I decided that we were a little hungry, so we went over to the little cafe/tasting room at Edna Valley and split a sandwich. The horses waited in the trailer there in the shade, with the windows open so they could stick their heads out. Sitting at our table, we could hear Prestigious pawing the trailer, but little by little he did it less and less. We noticed that everyone that came through the parking lot stopped to visit the horses, petting their noses and talking to them sweetly. When we were finished, we walked around to close the windows and found a group of women fawning over the horses, taking selfies and laughing.

See what I mean? Surely I must be dreaming. 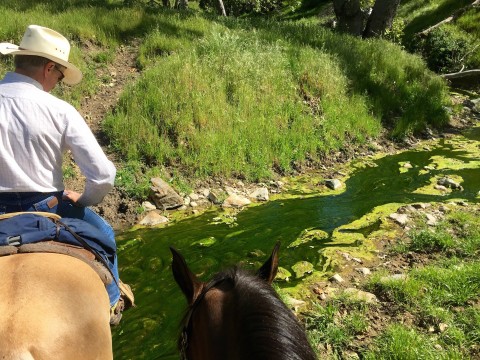 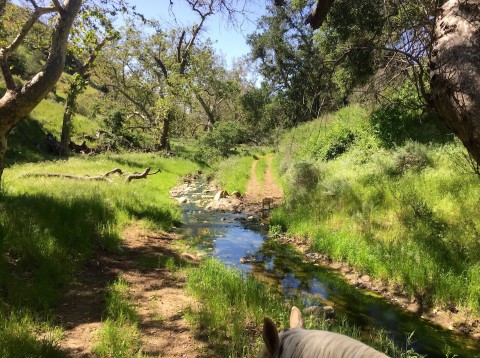 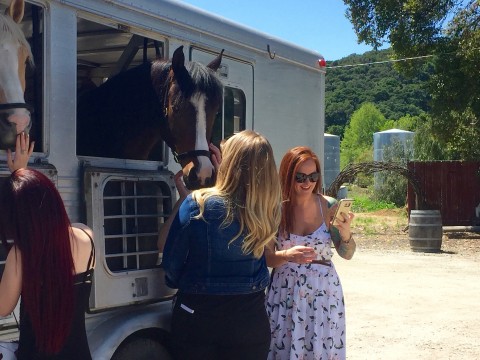