Commotion V: In the Beginning 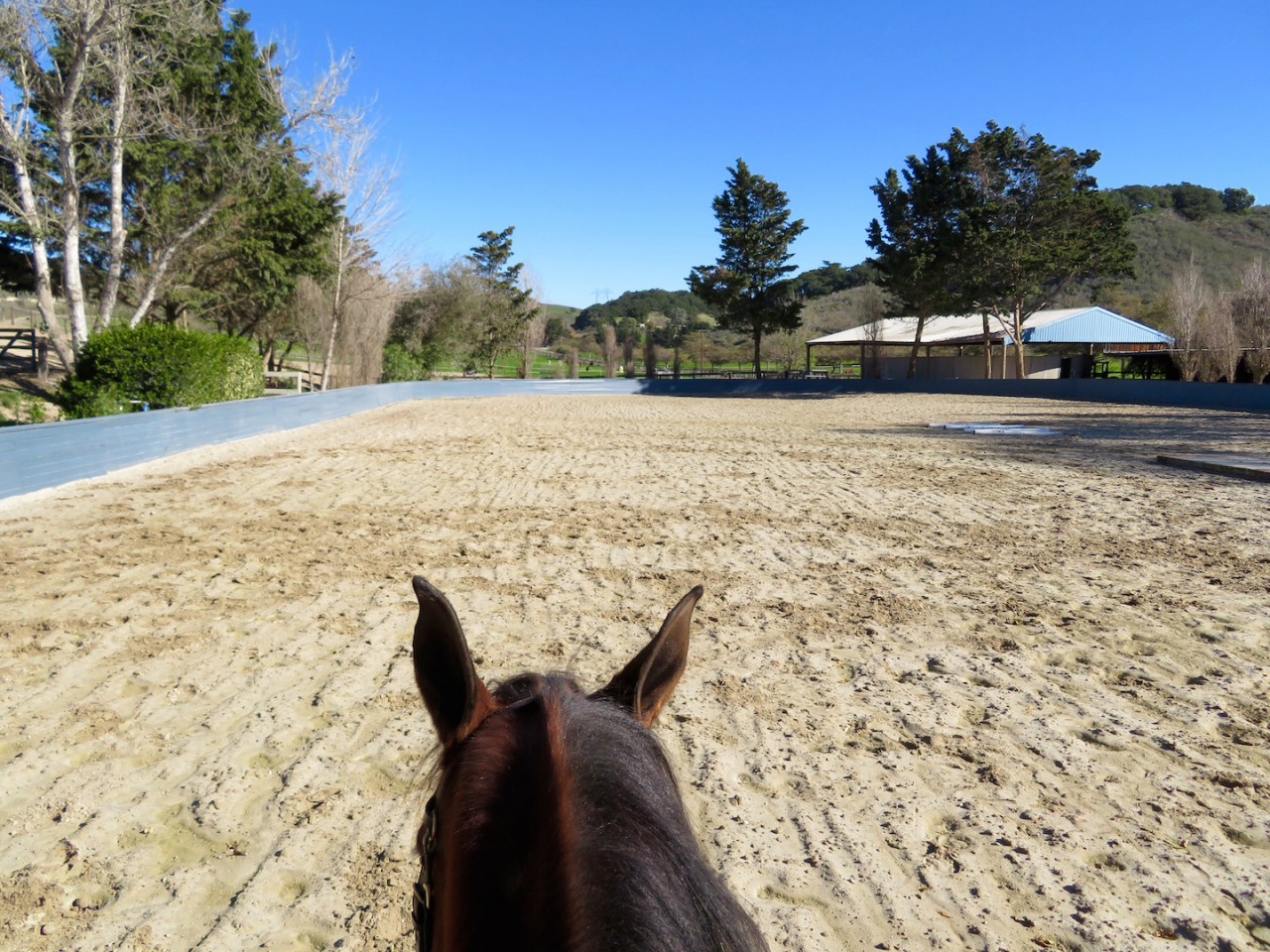 Jaime handed me the reins and I reached up and stroked his long brown neck. His eyes were alert and bright. He looked at me straight. Little perfect ears pointing forward.

"He's a little hotter than what you're used to" Sheila said.

I raised my eyebrows to her.

"His breeding is for the show ring, he's a trotting horse. His bloodline can be pretty hot."

We walked out into the arena. There was still a nip in the air but the day was sunny and there was no wind. Lester Buckley had come out to visit Sheila and we'd gathered together to ride in the arena. I think Sheila was hoping that Lester could teach us a thing or two. Even the birds seemed to be waiting to hear what he would say. Audrey's mare had her head down, half asleep, grateful to not be chasing after cattle. They were all waiting for me.

Shortening my reins, I stroked his neck once more, and grabbed a hank of his mane. My right hand held the back of my saddle and I swung my leg up and over. He stood still, but he felt like a rocket on the launch pad, tight as a violin string, he was. I asked him to move forward and he did, head high, tail high, feet doing a little tap dance. Jaime had been the only person to ride him and I am certainly no Jaime. We walked around the arena one time and went to stand next to Lester to hear his words of wisdom.

Commotion fidgeted and fussed and was very concerned about the other horses in the arena with him and who in the heck I was and what all was going on. I asked him to move away and we walked around the arena. We just walked. I stroked his necked and cooed to him. "Goood Boy" I said in a deep soft voice, trying to sound like Jaime. I kept my seat relaxed and my hands soft on the reins. We walked around, then we trotted, he did have a big trot. We loped a little and did the whole routine over again. As Audrey, Kristin, Sheila and Lester would pass us by, he would tighten back up but he was certainly trying hard. Now and again, I would try to get in with the group, but Commotion had far to much joie de vivre to stand still, so we just did our best to relax. By the time the girls and Lester were through, about an hour later, his head was down and his body was relaxed. I'd missed a great lesson with Lester, for sure, but Commotion had given me a fine lesson.

Back in the barn, Sheila walked up to me and said, "What do you think?"

"Are you afraid of him?"

I thought for a moment. I was going to Idaho to ride steep, jagged narrow trails, with water everywhere and wildlife and birds abundant. I figured if it was all over his head, at least I could pony him around a bit. I knew he tried really hard and seemed to be honest. 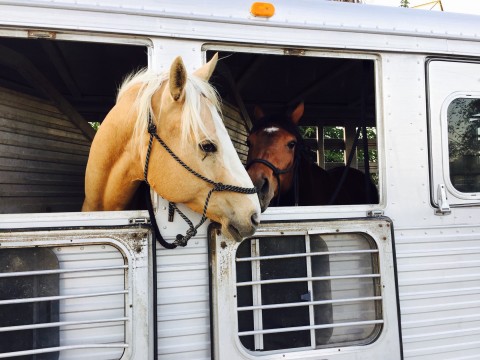