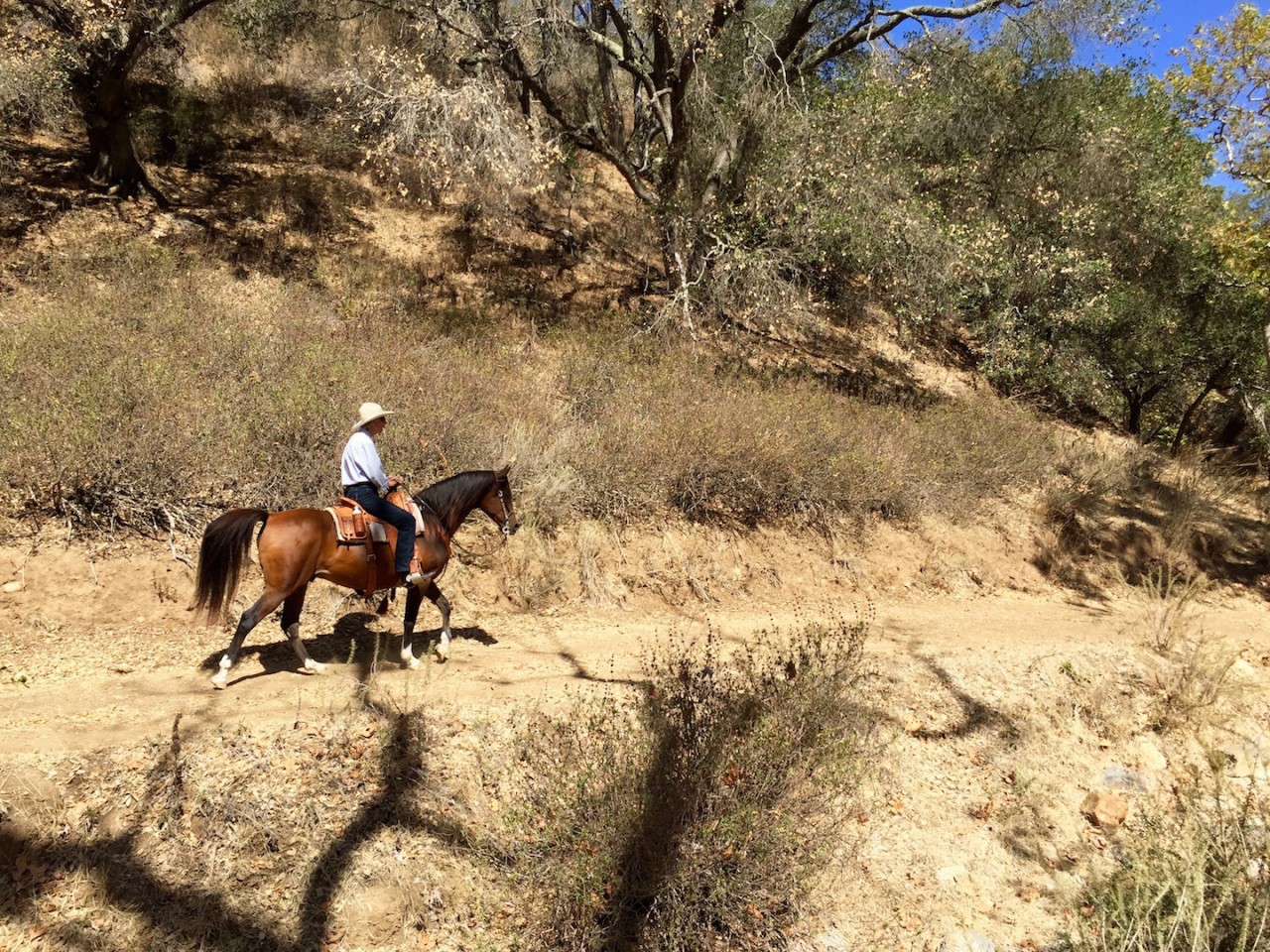 "Are you sure you feel like going? We could just go to breakfast maybe."

I could hear by the smallness of her voice that she wasn't feeling very strong. "No, I need to get out there."

I have to admit, I was eager to show her how well Commotion would do after his summer experiences but more than that, I was just tickled that she wanted to ride. She'd been in that big brown chair for almost two years since her diagnosis and it was really getting her down. Plus, we suspected that the cancer was beginning to wake up from it's remission.

It was Sunday, so the farm was very quiet, just a skeleton crew there for a couple of hours in the morning. Most everyone had the day off. As I pulled around the back of the show barn, there was Jubilation, clean, brushed and saddled, tied to the vet trailer. A few of the guys were finishing up their duties. I waved to them and walked up to the house. She had a couple phone calls to make but we were heading out the gate by 10:00.

The Biddle Ranch is only about five minutes away from the farm. We parked at a place called Windmill flats. It's a wide open place with an old rusty windmill in the middle of it, but no water trough. The well must surely be dry. You can see for miles from this point and it was parched and brown. I unloaded the horses and tied them to the trailer. Sheila grabbed her boots and sat down at the tack room door to put them on. Like a little school girl yearning for approval from the teacher, I very much wanted Commotion to make me look good. He was a little lean after all that mountain boot camp but he was ready for anything. As Sheila dropped her boots and plopped herself down to put them on, Commotion pulled back, slipping off his halter.

Darn! We hadn't even got on yet and there was my first demerit! He didn't go anywhere, just stood there while I put his halter back on (it was one of those string halters and it was loose). He had done that twice during the summer and both times for a reason. She suggested I get a "blocker tie", a gadget that allows the rope to slip, but not easily. They don't get hurt and they don't get loose and they figure it out to just not do that. I filled our water bottles and put one in Sheila's custom bottle holder that Doug Cox built into her saddle. I was walking around to hold on to Jubilation while she got on or to be there if she needed any help, just because she was pretty weak and Jubilation hadn't been ridden in months, but she just popped up there like a shot, before I even got to her. Okay, time to go.

As I grabbed my stirrup to get on, I could feel her eyes on me. All summer I'd made sure that Commotion stood still as I got on and off and so I puffed up inside, silently saying "okay, watch this!" As my leg swung up over his back, he took one step.

Two demerits and we hadn't left yet! I couldn't say "well, he never does that" because he just did it. She told me to move him forward, backward, get off, get on, keep him facing the same direction. She was a pretty strict teacher but I liked it. Then we rode up the valley, past areas where we always told the same stories, the Chris Pankau hill, the high ridge line where Mike Massey would send her to gather because she was on the Arabian. So many stories that ranch holds. On the inside I was like the five year old girl shouting "hey! look at me" as I went sliding down a hill or crossing a giant log, but Sheila was not talkative. She was not very comfortable, but was happy to be out there. I just entertained myself instead, enjoying Commotion and knowing this was probably my last ride with him. The day held a silence almost like that moment right before someone whispers in your ear. Even the birds were quiet. We came to "Shady lane" that travels up a long narrow canyon, shadowed by enormous oak trees, the only sound was that of the dried leaves crunching under the hooves of our horses.

At the top, there is a place called 'Triple trough'. There is only one water trough but there are three directions you would go to gather the cattle, so I guess that's why they call it that. We stopped and the horses had a long drink. I pointed to her water bottle and reminded her to drink. She was so easily dehydrated.

"How're you doing?" I asked

She shrugged her shoulders and after a minute said "Let's go home."

At the trailer, she slid off her saddle, opened the tack room door and sat down, breathing hard. I took Jubilations' reins, loosened his cinch, took off his bridle, put on his halter, and tied him to the trailer. I did the same with Commotion and loaded them both into the trailer. When we pulled in the driveway at her place, I stopped by the house.

"You go in, I'll take care of Jubilation."

I watched as she marched those impossibly long legs up to the house. After both horses were unsaddled and put in a couple of pens by the lab with some hay, I went to the house to check on her. She was sprawled out on that big brown chair sound asleep.

"YAP!" Libby, her little dog, jolted her awake. She smiled that pretty smile at me and said "Are you hungry?"

She never ceased to amaze me. We got into her big black car and drove to town. Had a nice big lunch, the waitress bringing a little dish of water for Libby while we talked. She told me she was very pleased with Commotion. I thought she wasn't paying much attention, but let me tell you, she never missed a thing. 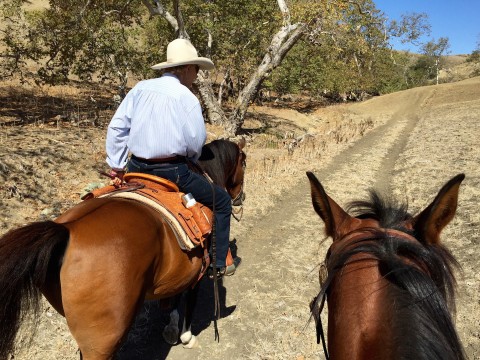 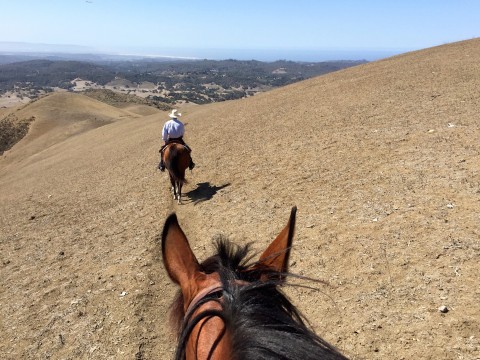